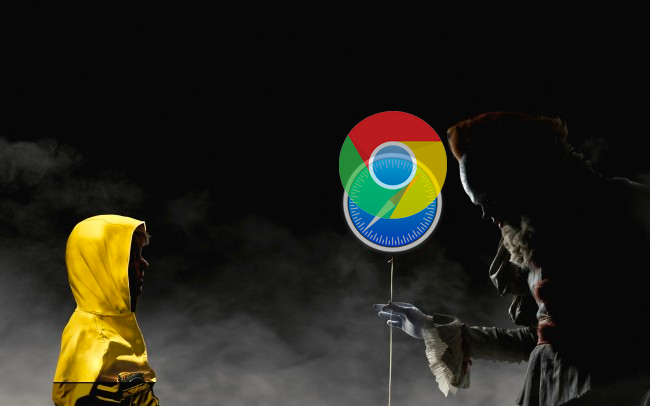 Hello! In addition to client side vulnerabilities in webapps, a security risk is introduced by the client side software itself. No, we’re not talking about Java or Flash, we’re talking about the browsers themselves.

I want to show you examples in two competing browsers with an UXSS (Universal Cross-site Scripting), one of them being closed source, and the other open source. UXSS is a flaw in a browser’ logic, which allows an attacker to execute arbitrary JavaScript on arbitrary sites, in other words - perform an XSS attack where there’re none.

What good things can I say about Safari? It’s a simple, lightweight browser without any bloat. To be fair, it’s the fastest browser that I have used. What’s wrong with that? Well… Safari’s weird.

Perhaps you’ve already read my article about reading local files (in russian) using the browser. Briefly - by opening the following HTML file in Safari it will read files on the local machine and will try to leak them out, in the PoC - to the same local machine (you’ll see the errors in the developer console).

More than this, the functions in the console are executed while writing them - horror!

But what did you hear about the pseudo-extension parent-tab://? Yes, nothing, only a few reminders. However it is present in Safari.

Noteworthy, until the 11th version (already), parent-tab has still the same access privileges to domain objects, for example to cookies.

What’s even way cooler than this - you can write them as well. You can just create a local HTML file, write <iframe> with parent-tab and using JavaScript you can write arbitrary contents to it! That’s how the first exploit is born, where parent-tab.html is a redirect to parent-tab://+domain.

However, you cannot call it from another site, which is a bit saddening. Local exploits are not so fun (well, file reading is a bit more fun).

Here Frans Rosén comes to the rescue, who figured out that you can also write your payload using window.open with the _top argument. Whoosh - and we get access to site data. 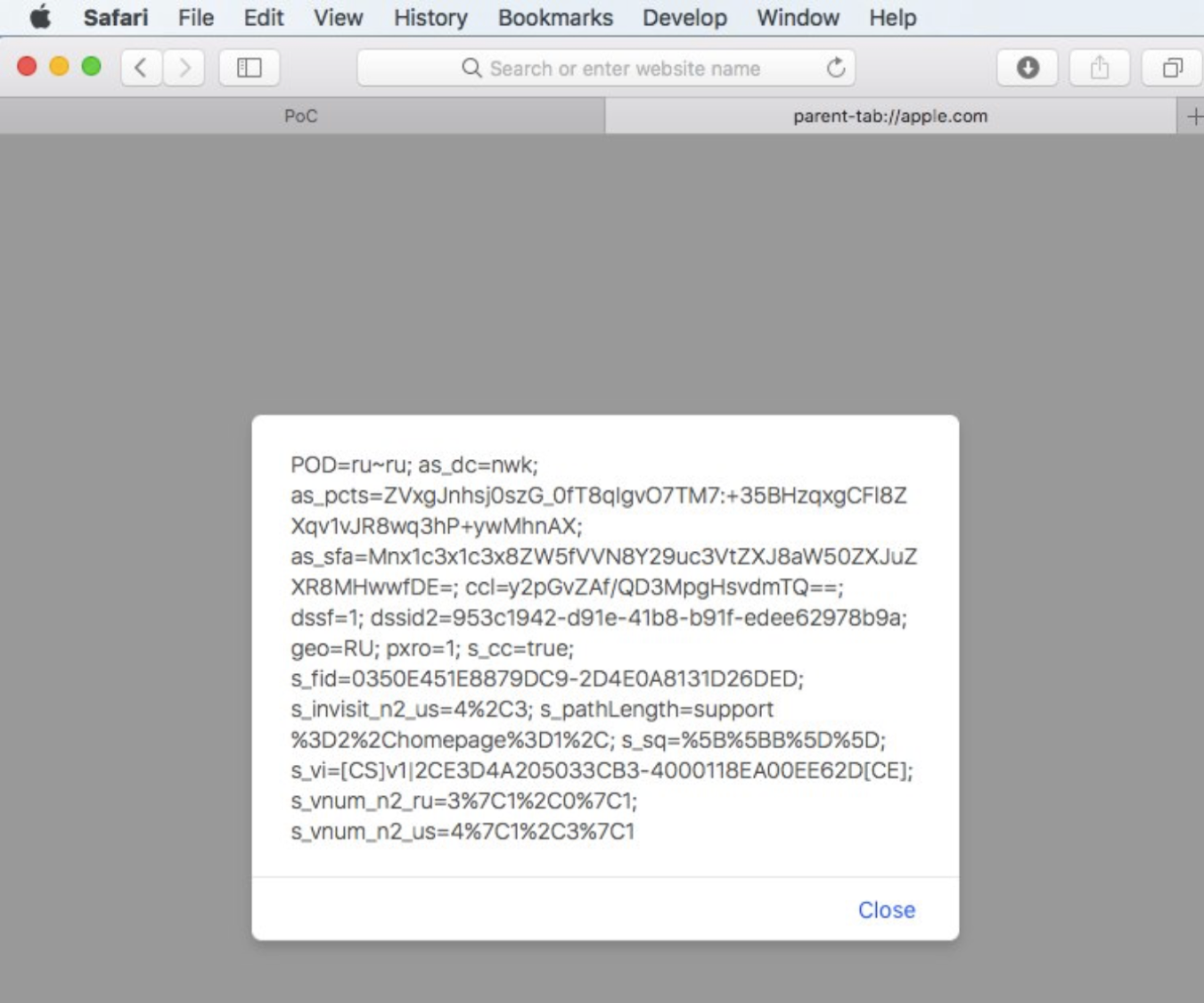 It turned out that this is a WebKit bug, hence it’s probably applicable to Chrome as well. A proof of concept for CVE-2017-7089 is waiting for you on GitHub.

Chrome is a more secure browser. Probably. It’s an open source browser afterwards. Besides that, ignoring the modernity - it still supports old things, for example the support for the ancient MHTML (MIME-HTML) format.

What does this format represents? It’s a text document with written down header, content type (Content-Type: multipart/related) and a content separator (boundary). Yes yes, multipart in a file. Further there are additional parameters, encoding type (it may be base64).

It’s simpler to see for yourself.

So yeah, you can write down in this file the Content-location attribute and then refer to it in the HTML itself.

If that’s an image - it will be displayed on the page when attempting to open this file.

All would be fine, but JavaScript is forbidden in it. At all.

But there’s a “but”: everywhere except in XSLT.

We set the Content-Type: application/xml, insert the XSLT, and we get alert():

As you already figured out, in such a document we can write Content-location: https://example.com and call JavaScript from there, bypassing the sandbox despite all SOP laws. We’re adding to the previous file the following, and we’re calling the alert in a frame:

In order to open MHTML, we have to set the content type in the server’s response to multipart/related, and we get the following DOM-tree:

Chrome applied the coresponding patch (thanks to which the exploit was found). Pros - open source software allows one to monitor the changes. Cons: the same.

What conclusion? Well, be more careful, update your software to minimize the risks, but you’ve already heard this thousands of times. There’s nothing new I can tell you :).

Editor’s note: This is a translation of the following article bo0om.ru/chrome-and-safari-uxss.